He Was A Good Boy 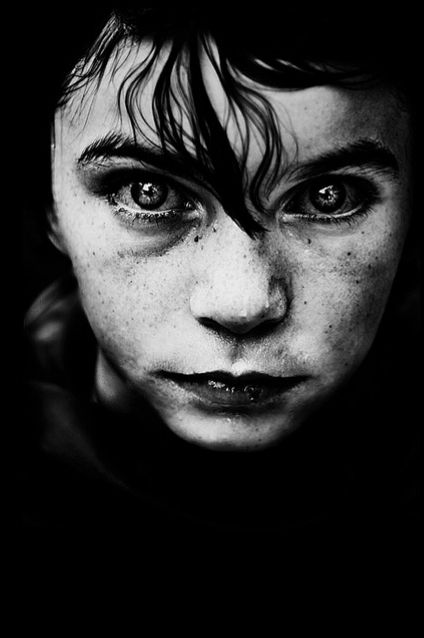 Avery sat in the dark, stone silent room waiting patiently for her boy, Sammy. He was a good boy. Sure, growing up, he had been a little mischievous, wild and adventurous at times but nothing so different from any other boys at similar ages. Boys will be boys was her motto.

By age 6 he no longer had many play dates with his cousins. Many of them, he had quarreled with over a toy or something similar and while Avery did not make excuses for her son, the toys often times were rightfully his. On occasion, yes, he would yell at them but he was so spirited that it was difficult for him to hold back his passion. Soon he was playing all alone as the last cousin that played well with Sammy had stopped coming over when Sammy blacked his eye but regardless of what the family said, he was a good boy.

When he was a little older the neighbors’ small animals would come up missing and of course they would all always try to blame Sammy and sure he had hurt Mrs. Lucille’s cat that one time, but his curiosity had gotten the better of him, you see he wanted to be a doctor, he was SO smart. No matter what the neighbors said, he was a good boy.

His junior year in high school he made the basketball team and I was so proud of him but it wasn’t long before he was targeted by those callous coaches and other boys who wanted nothing more than to bring him down and when he broke the head coaches’ nose by throwing the basketball in his face, why yes, he could have found a better way to deal with it, but, he was just a child and I hate to say it, but that Coach Melbourne kind of deserved it. And I made sure to try to have that nasty coach fired because, despite what Sammy did to him, he never liked my boy, never treated him right and should have never been allowed around children like my Sammy.

Accepted to the state university, I could not have been more pleased with Sammy and I shed tears when we packed up his truck but I knew it would not be long before those college transients took issue with my baby, they were jealous of him, of his intelligence and style and that little tramp wanted him, she had been making eyes at him for weeks, Sammy told me so and what did she think would happen, allowing him to come over to her dorm for an evening “study date”, give me a break. He is a man and men have needs, even my good boy and she knew that.

And now this. I told Sammy that Carol, that wife of his, would be his downfall. Everyone said that he beat her up for years, lies of course, but even if it were true, Carol was no angel. That woman nagged him so, always wanting him to help with things around the house. He went to work and made the money and she should have been satisfied, but she wasn’t, she wasn’t ever satisfied. He didn’t mean for her to break her neck when she fell down the stairs, Sammy would never do anything like that. And I told the police and I told the judge and I told everyone that he was a good boy but they didn’t listen.

Avery perked as the black curtain opened. She watched quietly as her shackled son was led into the room and strapped to the gurney. It was over now for the boy that the world had shunned and tried to make feel less than human. Avery had made her peace with the fact that her son was too good for this world.

“Goodbye, my good boy.” She whispered as they plunged the needle into his arm.