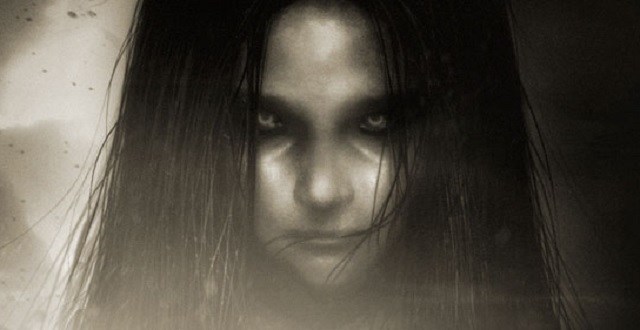 As the wind picked up, Arlene tightened her ill-fitting coat around her and then knocked on the door again, harder this time. Over the last few days, since her husband’s unexpected death, her eyes had dulled, her hair grew unkempt and her body had taken to inconspicuous but constant trembling.

An older man finally pulled the heavy wooden door open without a word of greeting. The silent man with the lines of worry cut deep into his face already knew why she was here, same reason as the others before her. The pair eyed one another solemnly until Arlene managed to swallow the lump in her throat.

“Th..the Soul Seeker…is that here?” She asked, her voice shuddering.

The man’s body deflated immediately expressing more sadness and even a hint of anger, anger at himself for still having hope that for once someone at the door would be a regular visitor, a jovial family member or loyal friend, the type they had not received since Betty was able to walk and talk. While he still refused to speak, he stepped aside and allowed her into the home. He started down the hall and Arlene followed. As they made their way to the belly of the old home they passed an opening into a parlor area where a woman whose appearance told a story of such pain that her eyes never had a chance to dry spoke to a priest in murmurs that ended snappishly when they saw Arlene pass.

At the end of the hall the man opened a door and allowed Arlene to step inside of a room filled with as much sunlight as the dim day offered. He closed the door behind her without ever speaking a word and for a moment she listened to his footsteps disappear in the distance. Arlene searched the room and in the corner spotted a little girl draped in a colorful frock.

“You? You’re the soul seeker?” Arlene spoke, her confusion obvious.

“No, of course not silly, I’m just a little girl…but, I am the vessel for her, she speaks through me.”

Arlene suddenly felt as if all of the terror in the world had been bottled up and was now being pumped directly into her veins, she turned and twisted frantically at the unmoving knob on the door.

“You found my information in your husband’s things, right? He came a few weeks ago with his desires and I told him what needed to be done as no dream comes to fruition without sacrifice. He had ten days to deliver the blood of an innocent.”

Arlene was quaking now. “He tried to kill a man and was shot and killed himself in the process.”

“His failure is a pity as now the responsibility falls to you. His debt to the soul seeker must be paid by you, his next of kin. If you do not deliver the blood she will take yours and your debt will be passed on to your next of kin.”

“My son? No! There has to be some other way. Please, I am begging you! My son is just a child.” Arlene said throwing herself to her knees.

Betty stood over the kneeling woman as a dark figure grew out of her, towering over both humans covering them in shadow. “10 days.” It growled.